Skip to content
A Note to Business Owners and Leaders

A Note to Business Owners and Leaders

As you will no doubt appreciate by now, my work and successes with business owners and executives has been because of an approach which has at its heart the fact that “Business and Leadership Mastery is An Inside Job”

The external results you get (or otherwise) are dependent on the internal set-up you’ve got.

It is for that reason that the subject of this open letter is as follows:

There is no light at the end of the tunnel ….it’s a mirror.

Please read this if you want peace of mind.

In several conversations I’ve been having recently with clients, and in the context of insights that they have had, the above statement has transformed from being one of theory into one of personal experience for them.

It has come about mainly through clients’ own experiences of being in situations or environments, where there was originally “no light at the end of the tunnel” for them, and just a general discontent with how things were going personally, financially and business-wise.

Going from that feeling of discontent, to a situation where they where they were still in the same situation and environment, yet at a totally different level personally was their great revelation.

They eventually not only experienced the so-called light at the end of the tunnel for the first time, they also realised that they were the ones who put it there, and that is why they could actually finally see it.

They changed; or their approach to the situation or environment changed. The environment didn’t change.

Because they had changed, or changed their approach, what they came to experience and see outside themselves also changed.

It’s a bit like when you’re in a really good mood and you walk into a shop happy and smiling to discover others responding to you in the same way; compared to when you walk into the same shop but this time grumpy and stressed, and find that it’s a bit cold and unfriendly.

Or like when you feel inspired and can see all the possibilities in your world and all the options for how you can get something done, compared to when you’re feeling uninspired and it seems like nothing is working and there’s no end to it and you don’t want to be there.

I was on a coaching call with a client recently and told her that I’ve been considering writing on this ‘light at the end of the tunnel’ topic for a while, given the experiences that she and others are having.

I had a little apprehension about writing about it here however because at first it might not seem as though it’s really about ‘business’ or the sensible things in the physical world that are obviously important to get right – seeing as we live in a physical world.

If you are thinking something similar then consider the following.

Recently, a client being highly intelligent, talented and in a senior position created the opportunity to be able to move from one organisation to another, and in a more senior role at executive level.

There he discovered that the company he had just moved to was not as sophisticated operationally, nor as advanced at the interpersonal level, as the organisation that he had just left.

This was a problem for him, especially as having achieved his goal of securing this new leadership position he now felt somewhat worried and concerned about his decision to move in the first place, and was finding it difficult to see a good future there, or even find genuine prospects for himself.

(By the way this is not about just 1 client either – there are many people who have related something similar over the past few years, and the following experience that they had applies to each of the others’ situations also).

The concern at that level, for a senior leader, has often been along the lines of

“I’ve made the wrong move” or

“why didn’t I just stay where I was” or just

“oh no what have I done” or

– Definitely no light at the end of that tunnel!

Taking the position that, whatever challenge exists now is a nightmare with no good outcomes in sight, is a state of mind; excepting of course the obvious scenarios where a life is in genuine danger.

(Although even in the most harrowing cases of what seems like sure death, reading Viktor E. Frankl’s ‘Man’s Search for Meaning’ will be a revelation for you and a total game changer)

But keeping with everyday situations, career challenges, business problems, relationship issues, what can we do?

In the example above, where a leader moves from one organisation to another only to find below standard operations and abilities, what could he do?

We sat for a while and after some good discussion and a bit of reframing he had a profound insight and a complete turnaround on his approach to the organisation and his whole reason for being there.

He had the realisation that at that time in his life it was actually an essential requirement for his own growth, that his new organisation which he had moved to should operate in the way that it did – i.e. at a substandard level (in his mind).

Because only then was he truly capable of knowing why he was there in the first place – and knowing what his whole purpose was supposed to be in the organisation.

If that company had been so flawless, cutting edge and well regarded, then why would it even require his leadership in the first place?

If they were already so adept at mastering their own business systems and creating a great people culture, why would they need him at all?

The truth was that his new organisation needed him in a leadership role to completely transform the organisation beyond recognition; to create cutting edge systems and inspire people in a meaningful way, so that the organisation could improve their game and thrive.

Therefore, he actually needed that environment, even more than any other, so that he could have an experiential knowing of what he is truly capable of as a leader and actually see the result come to fruition in the physical world (a result of his own creation).

How could he really know his own light without a having darkness to shine it into?

There is no light at the end of the tunnel to be put there by someone else for you to discover.

The light at the end of the tunnel is what you see coming from you and reflecting in a ‘mirror’. And you will experientially know this once you’ve transformed yourself and gotten the meaning behind what is happening for you, and what the benefits are to you.

If you’re in a bad situation, then shining your light into that mirror might require you to simply resolve something where you currently are so that you can now shine your light again.

This applies to your leadership journey, your business and your wealth creation (as well as relationships and other areas of your life).

How can you know your own light, wherever you are now, without the appropriate environment or perfect opportunity to shine it in to?

Know that there is a mirror at the end of that so-called tunnel, and that it’s your choice to shine your light into it, or not

This helps you reclaim your own power and you can take charge of where you are at.

What is it that I haven’t yet gotten, and that I need to get, for me to know the light at the end of this tunnel?

Ask it over and over again until you get something, and you will.

Wouldn’t it be better to have the power to be in charge of your own results and control how you feel and see the world?

I don’t know anybody who genuinely prefers to delegate their own personal power to others.

In fact many problems actually emerge when we give away our own power, whether it be to others or to institutions, and that’s what we are doing when we wait for a light to appear at the end of the tunnel because of others.

Asking for help is not delegating your power; expecting someone else to do the work for you is.

Sure it’s likely that there are things you’ll need to do or old stuff you’ll need to let go of, or even skills that may need to be acquired; that’s what growth and coaching are often about.

Just begin where you are now and do whatever it takes to make that mirror work for you.  Go and get a knowing of your light at the end of that tunnel.

To your continued success and happiness, 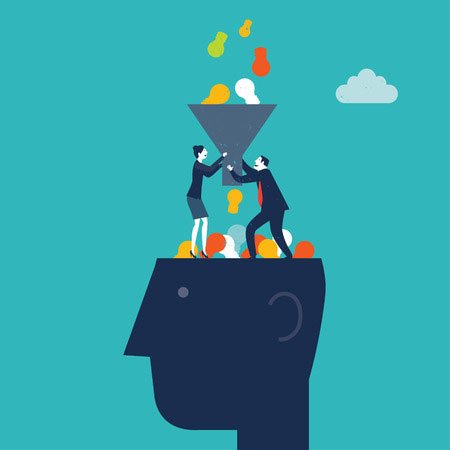